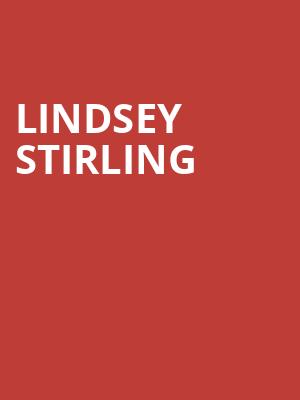 This 21st century classical musician mixes the musical styles long-established by the likes of Bach, Beethoven, Chopin and Debussy into the modern world with electronic beats and dub stepping.

Stirling returns this winter with another incredible Holiday tour, The Lindsey Stirling Christmas Program! This latest North American tour sees Stirling playing tracks off her top-selling Holiday album, Warmer in the Winter. Featuring a combination of original music and covers like 'I Wonder as I Wander', 'We Three Gentlemen' and her hit single, 'Carol of the Bells'.

Taking to YouTube, she has presented impressively choreographed self-made videos, where she combines dance and performance art with playing. Her Channel, Lindsey Stirling, has had a staggering two billion views and ten million subscribers since 2011.

Ever inventive and engineering, the decade has been incredible for Lindsey. She has toured the world, made videos in some distinctive, breathtaking locations, and released her Christmas album, Warmer in the Winter, which hit number one on the Billboard charts Top Holiday Albums and Top Classical Albums.

She began to play the violin at just five years old, she learned quickly, going on to experiment by joining rock band Stomp on Melvin in High School. Of her style, she has said ' I want to prove that you don't have to conform to be accepted, the greatest values comes from loving yourself for who you are.' Any concert of Lindsey's promises to be jaw-dropping, filled with guest stars, fresh, inventive dance and of course, a totally innovative performance

You may be required to have had a COVID vaccine in order to attend this performance or show proof of a negative test. Please contact the venue directly for more information on this.

About Jackson Theater: We are an independent show guide not a venue or show. We sell primary, discount and resale tickets and prices may be above or below face value.

View all times and dates

Lindsey is not only an amazing violinist that can dance while playing.... more

Peter B: “Great Family night out!”

Sound good to you? Share this page on social media and let your friends know about Lindsey Stirling at Thalia Mara Hall.