If you're happy to travel

You can catch Dierks Bentley at Etess Arena at Hard Rock and Hotel Casino in Atlantic City, showing May 30, 2020

Dierks Bentley is also touring to: 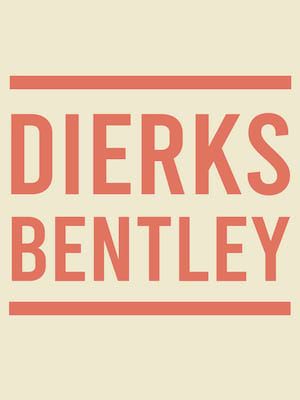 Alert me on return

the mountain and more

Country singer Dierks Bentley is taking the road again with a selection of festival dates, still riding on the wave of his 2019 Burning Man tour! With a new album out in 2020, don't miss your chance to hear some old classics alongside some of his brand new material! Catch a slice of Dierks when he hits the stage near you!

Bentley is raring to take to the stage again, bringing you his unmistakable country sound! First hitting the airwaves in 2003 with his debut record, he has since released ten albums, reached number one on the Hot Country Songs Charts 16 times so far. So don't miss your chance to see him live!

And before you stop reading

I have definitely been to a lot better concerts. The first band was a... more

Sound good to you? Share this page on social media and let your friends know about Dierks Bentley at Brandon Amphitheater.